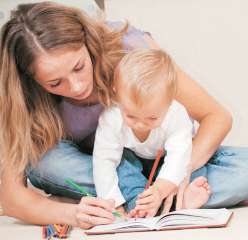 Media Release 8 January 2017
A poll has found that 3 out of 4 New Zealanders believe that children benefit from having a full-time parent at home, and a majority also believes that the Government should subsidise these family arrangements in the same way that they are currently subsidising early childhood education.

“This result is a slap in the face to the policies by National and Labour governments to get both parents back to work and children in to daycare as quickly as possible. Families still understand the importance of nurture, attachment and the physical presence of a full-time parent during those early crucial years of a child’s life,” says Bob McCoskrie, National Director of Family First NZ.

“With government spending on early childhood education being more than $1.7b per annum, it is essential that the benefits of the investment in ECE are weighed against the real needs of very young children & babies, and their families.”

“There is growing evidence of profound beneficial neurobiological effects a mother’s physical presence has on her young child that cannot be achieved by anyone else including paid childcare workers. Mothers have been undervalued, and many parents use daycare because they simply can’t afford not to. Stay-home parenting has been discriminated against by the state,” says Mr McCoskrie.

In the independent poll of 846 people undertaken by Curia Market Research, 74% of respondents agreed with the statement; “It is generally better for children when one of the parents can stay home as a full-time parent”. Only 19% disagreed. Strongest support came from Green Party supporters (86%) followed by NZ First supporters (76%). Lowest was from Labour supporters (69%). Stronger support was from males than females.

60% of respondents also agreed with the statement; “As the Government presently subsidises Early Childhood Education, the Government should also subsidise a parent who stays at home to care for a young child.” 30% disagreed, with 11% unsure or refusing to say. Strongest support was from females, 18-40 year olds, low-income, and Labour & Green supporters. Lowest support was from NZ First supporters (although with a significant number of ‘unsure / refused to say’.) The poll was taken at the same time as government statistics revealed that there has been a significant increase in the numbers of babies and toddlers in childcare and length of time they are spending there, with some babies in daycare longer than a normal working week for adults.

“These statistics are concerning. Babies are spending more time in daycare than primary age children are expected to spend at school when they first start. Our babies and toddlers are being used in a massive social experiment and policymakers are too scared to ask the hard questions around whether this is in the best interests of both the child and the family,” says Mr McCoskrie. 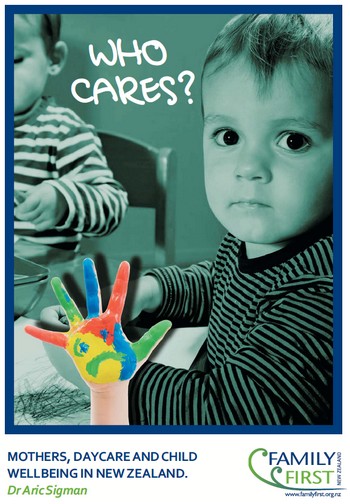 “Our report WHO CARES?: Mothers, Daycare and Child Wellbeing in New Zealand argued that attending daycare for an extended time and the consequent separation from parents is a significant source of stress for many young children which could have potential long-term consequences for their mental and physical health as adults.”

“As stated in our 2012 report, full-time parenting should be seen as a child’s right, and any discussion of daycare should cease communicating what is assumed adults are interested in and instead make judgments about what is likely to be in children’s and the whole family’s best interests. New Zealand should also undergo a timely and long overdue re-evaluation of motherhood,” says Mr McCoskrie.

“This poll confirms widespread support for our concerns.”

The nationwide poll was carried out during November and has a margin of error of +/- 3.4%.