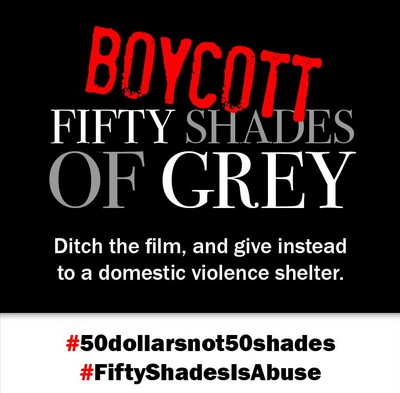 One of the most talked-about movies for 2015 is about to be released – and you and I need to be prepared.

Ironically, both the lead actors have admitted that they don’t want family members or their children to view the movie (but apparently it’s ok if your family and my family do!)

As US Psychiatrist Dr Miriam Grossman (who was a guest of Family First in 2012 and wrote our research book on sex education in NZ) expertly says:

Hollywood’s gift to us this Valentine’s Day is Fifty Shades of Grey. With Universal Picture’s mega million dollar publicity campaign, and a soundtrack by Beyonce, your child is about to be bombarded with a dangerous message about romance. 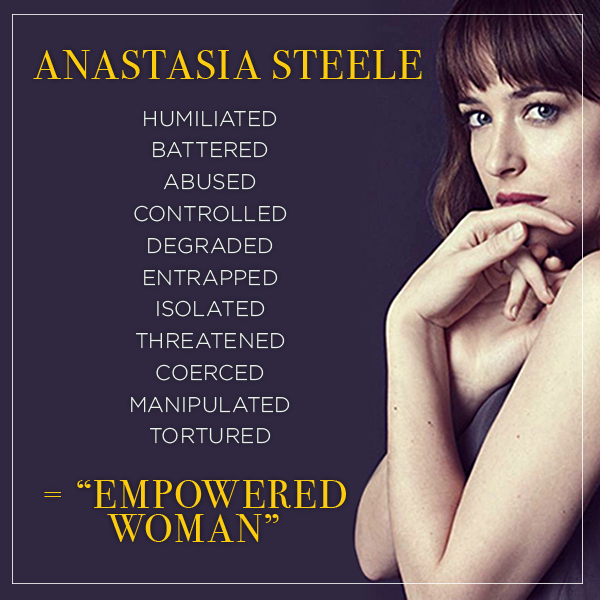 You know these are foul lies, but your kids may not be sure. If the world was a better place, they would never hear such awful things. But this is the world we live in.

The good news is you can turn this to your advantage. Don’t dread all the hype, because it’s a chance to connect with and help your child in a big way. Every billboard, preview, and sound clip is a precious opportunity, a chance to warn your child about being manipulated. It’s a springboard for discussion about disturbed relationships – how to recognize and avoid them.”

There are vast differences between dark and light, healthy and unhealthy. Fifty Shades of Grey blurs that distinction. It leads your daughter to wonder, what’s healthy in a relationship? What’s sick? There are so many shades of grey…I’m not sure. But with her safety at risk , there’s no room for confusion or doubt. You want your daughter to be one hundred per cent certain: an intimate relationship that includes violence, consensual or not, is emotionally disturbed. It’s sick.”

What else can you do?
The US National Center on Sexual Exploitation (NCSE) has launched a campaign against the movie. NCSE’s website fiftyshadesisabuse.com highlights 50-plus ways that Fifty Shades harms and provides various actions that the public can take, including signing a boycott petition and joining the #50DollarsNot50Shades campaign, which calls on families to forgo the film and donate instead to programmes which target family and sexual violence e.g. Women’s Refuges, community organisations working with abuse victims etc in your area. 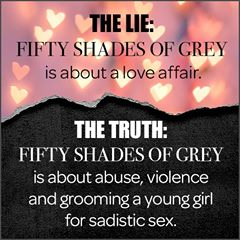 The website also has a page which answers some of the statements that will be thrown around in support of the movie – for example:
* if it’s consenting, it’s not abuse
* this story is for adults. There is no impact on children
* there are many books and films that sexualise violence so why are we so upset about ‘Fifty Shades’?
READ MORE

Is Fifty Shades grooming girls to be victims?
WorldMag.com Sep 2014: Young women who read sexually violent fiction often display the same behavioral symptoms as those who have actually been victimized, according to a study published last month in Women’s Health. READ MORE

If you’re a parent or grandparent, please take a moment to read or watch some of the material in this Action Alert. It’s vital that we expose the lies and minimise the harm that our culture ‘throws’ at our families.