Almost a decade on from the passing of the controversial anti-smacking law, a poll has found continued widespread rejection of the law and an admission that 2 out of 3 NZ’ers would flout the law if they believed it reasonable to correct the behaviour of their child.
“Despite having almost 10 years to prove the doubters wrong, the law has failed to convince anybody of its benefits or its effectiveness. In fact, the law has maintained its very high level of opposition, but most significantly, a high level of NZ’ers say they would flout the law despite the possible consequences. This proves the abject failure and rejection by ordinary NZ’ers of this highly controversial and flawed law. If it had any merit, it would have proved itself by now. Instead it has simply threatened and undermined good parents raising great kids,” says Bob McCoskrie, National Director of Family First NZ.

“It’s time for the politicians to fix this law. One of the most significant things the new Prime Minister of the country Bill English could do is change the approach of his predecessor and respect the views of the NZ public and amend this law.”
In the independent poll of 846 people undertaken by Curia Market Research, only 23% of respondents believe a smack that is reasonable and for the purpose of correction should be a criminal offence – similar to levels in a 2014 poll. 72% disagree with the current law (72% – 2014) and 5% were unsure / refused to say. Opposition to the law was highest in provincial and rural areas, amongst current parents of children under 18, and National and NZ First supporters. 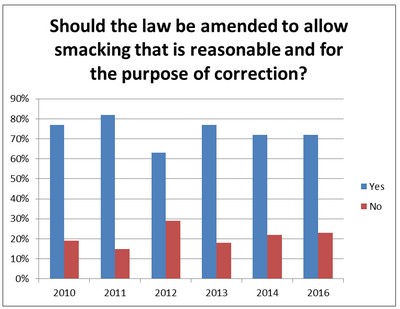 In a further question, 65% of respondents say they would smack their child to correct their behaviour regardless of the anti-smacking law. 28% said they wouldn’t, and 7% were unsure or refused to say. NZ First supporters were most likely to flout the law. 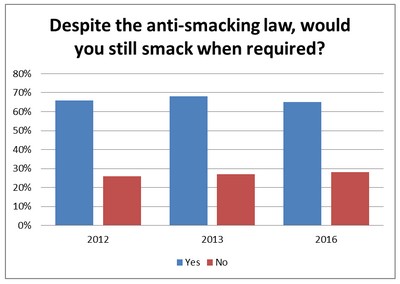 “A report at the beginning of last year analysing the 2007 anti-smacking law, “Defying Human Nature: An Analysis of New Zealand’s 2007 Anti-Smacking Law”, found that there was not a single social indicator relating to the abuse of children that had shown significant or sustained improvement since the passing of the law, and that the law has negatively impacted law-abiding parents. 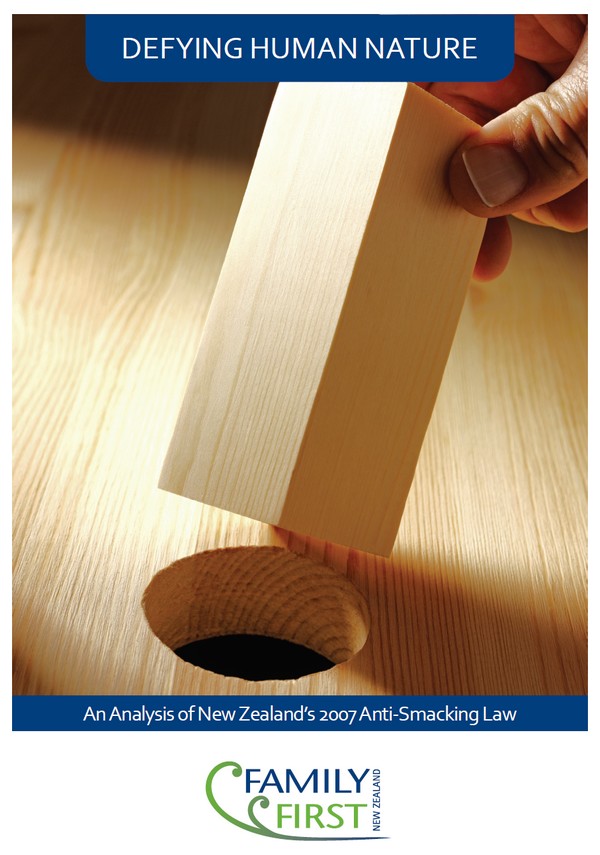 Police statistics show there has been a 136% increase in physical abuse, 43% increase in sexual abuse, 45% increase in neglect or ill-treatment of children, and 71 child abuse deaths since the law was passed in 2007. CYF have had more than 1 million notifications of abuse and there has been a 42% increase in physical abuse found by CYF since 2007. And health data reveals a 132% increase in children diagnosed with emotional and/or behavioural problems and a 71% increase in children hospitalised with mental and behavioural disorders since 2007.
An analysis of the law in 2014 by Public Law Specialists Chen Palmer said that statements made by politicians to the effect that the new section 59 does not criminalise “good parents” for lightly smacking their children appear to be inconsistent with the legal effect of section 59 and the cases they analysed.
“New Zealanders predicted all of this before the law was passed, but their concerns were ignored. The politicians and anti-smacking lobby groups linked good parents who smacked their children with child abusers, a notion roundly rejected – and still rejected – by NZ’ers. The anti-smacking law assumes that previous generations disciplined their children in a manner that was so harmful that they should now be considered criminals,” says Mr McCoskrie.
Family First NZ continues to call for the government to adopt the ‘Borrows amendment’ which allows non-abusive smacking and which the National party had previously lobbied and voted for.
The nationwide poll was carried out during November and has a margin of error of +/- 3.4%.
READ THE FULL POLL RESULTS